Nakata wants to help Japan from the outside

﻿
﻿ SINGAPORE: Hidetoshi Nakata is credited for having opened the world’s eyes to Japanese football and now, he hopes his star power can do the same for Japan’s disaster victims.

The former Blue Samurai midfielder is in Singapore to raise funds and awareness for his country, which is struggling to deal with the aftermath of the natural disasters.

When the disasters hit, Hidetoshi Nakata was in Hong Kong attending a charity gala.
He said: "I got the text message from my friend from Hong Kong that said — big earthquake happened in Japan...for Japanese people, earthquake is like an everyday thing.

"Then by the time I went back to the hotel, started watching TV, I couldn’t believe (it)...immediately I tried to call my family, friends, people I work with but the phone didn’t work. But luckily emails worked, so after that I got to know my friends and family they are okay."

While Nakata was moved to help, it was hard to return as flights back home were cancelled. So he decided to work from the outside.

"I thought — I have many friends outside of Japan...this is the time to use all my connections and friends for Japan," he said.
Among the activities he has lined up in Singapore is a gala dinner and a charity match co—organised by the Football Association of Singapore. The former Japanese international will be taking the pitch with an Albirex Niigata Singapore selection side, against an S—League all stars team.

Nakata has been training hard to prepare for the match on Saturday. Having been out of action for a while, he has been working on his fitness. However, Nakata promises that even though he is not at his peak, he will go all out to entertain at Singapore’s Jalan Besar Stadium.

He said: "The thing about football is it’s not all about you. It’s a team sport... this time i have to ask all the players around, run for me. I coordinate but play better altogether (as a team).

Nakata knows that is also the kind of support Japan will need to recover and rebuild.
"People there will suffer for a long time so we will be there to support them for a long time. And the charity is not just a one time thing."
To do that, the former Japanese international is planning a series of charity events that will involve Asia and Europe.
—CNA/ac
Posted by ♥namapenuh.blogspot.com♥ 0 comments 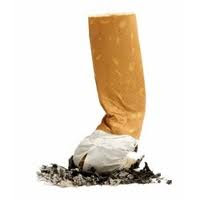 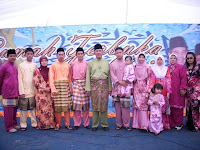 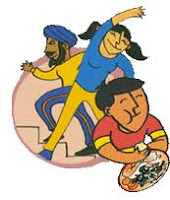